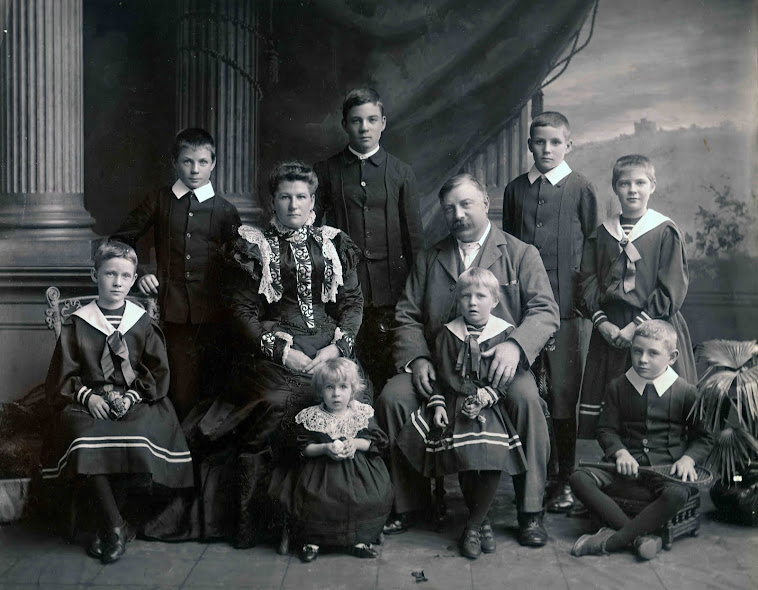 I have now inherited several boxes of photographs of family members along with letters and postcards sent between his father Herbert. L Oliff and his uncles who lived in South Africa.

I have found these to be fascinating and so I have decided to write a blog and post these letters in case there are any other Oliff descendants out there with an interest in this branch of the family tree.

I am going to try to post in chronological order, but until I am sure I have found all the letters etc I cannot begin to order them.

I have a book written in 1986 by E.M Hood-Williams abut The Honorable A.T. Oliff, which has helped me to work out who was who on dad's family tree but I also have plenty of cuttings and photos of people who I do not know.

I also have a large black and white photograph of Albert Thomas Oliff and his family.
Since my grandfather isn't in this photo and going by which of his sibling are and their ages I would guess that the photo was taken in 1899.

My Grandfather, Herbert Oliff was a talented artist and I have several of his sketches and a scrapbook of his drawings, some of which were published, I intend to post some of these too, if I can fit them in my scanner!

I hope this blog will be of interest to people. It seems a shame to keep all these fascinating, historical items hidden away in boxes and trunks.

This family tree is from 1986 so is now rather out of date with the only recent additions being the ones I know of. Please feel free to email me with details of any of the other branches so I can update it. 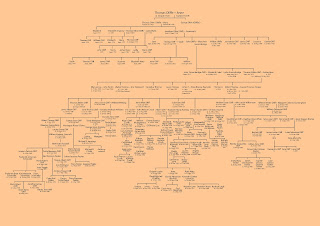 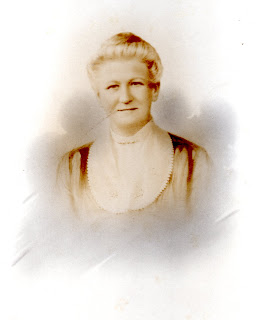 So after a few months of not being able to face all the boxes of memorabilia, I have started sorting again 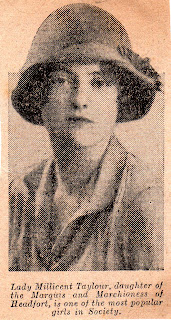 I also found a newspaper clipping of Lady Millicent Taylour

It must be quite an old clipping since she looks to be in her 20's
She died in 1975 and as far as I know was no relation, so why the clipping was in with the other memorabilia I don't know
Posted by Jilly at 13:25 No comments: 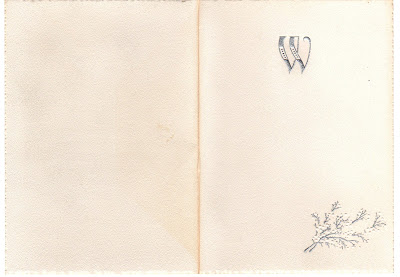 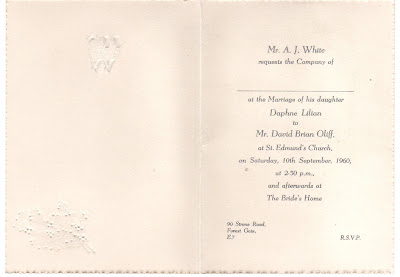 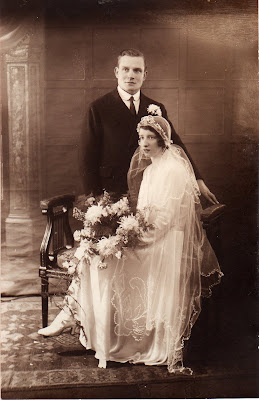 Haven't updated for ages but today I was having a sort out and found a letter in one of the many boxes of memorabilia.

Its quite fascinating to read although it would seem that poor Amos was having a hard time. I remember my dad telling me years ago that Albert cut off one of his children because he didn't approve of his relationship. I don't know how true this is but maybe this is the reason why Amos seems so upset in the letter.

The paper it is written on is very thin so the last pages are harder to read as it was 2 sided. 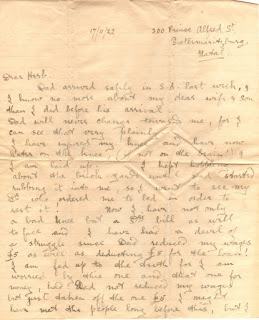 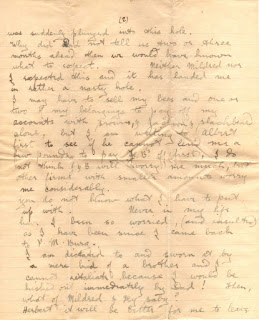 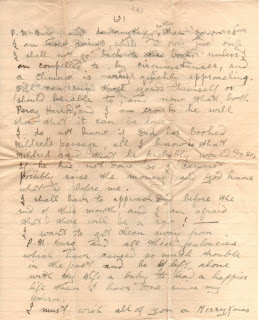 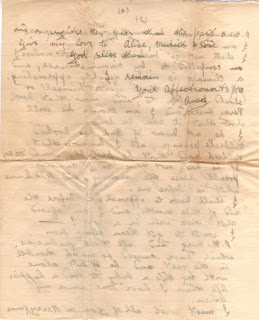 There is a lot of random things in amongst the memorabilia. I'm not sure why this car service invoice was kept but it's quite fascinating due to its age. 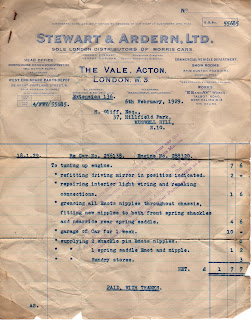